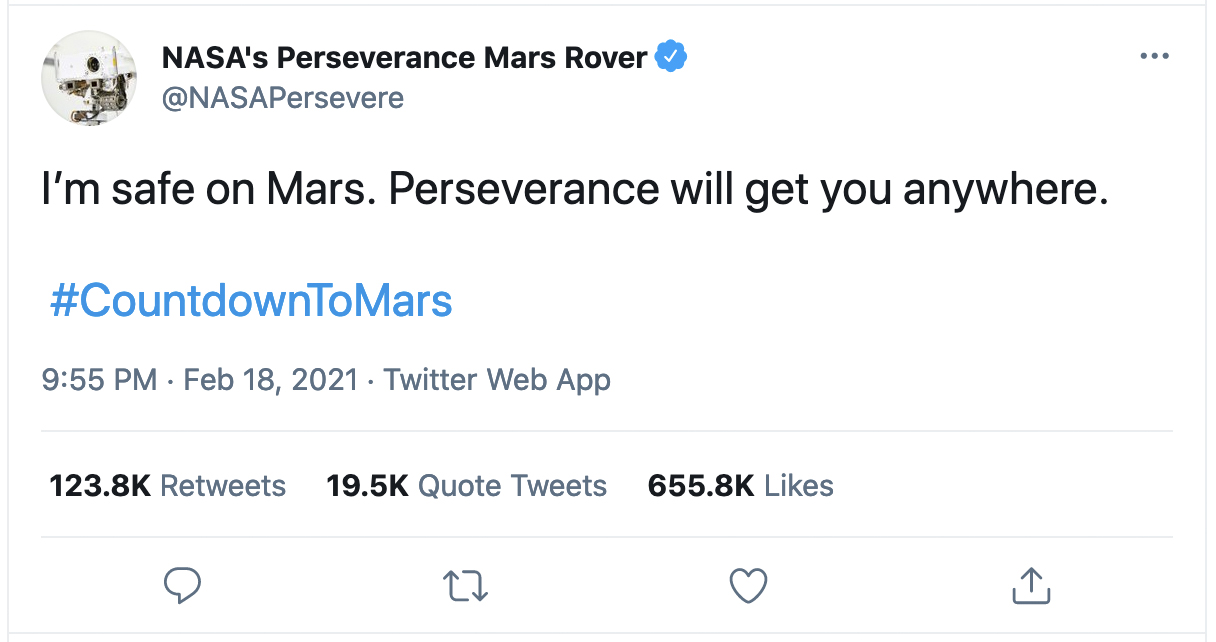 After a 300-million-mile journey, that statement seems designed to sound painfully casual. Going over the rover’s other tweets there is an awkward, overtly animistic tone to its utterances: “Feeling the heat, and the Gs!,” “Boom! Just fired my parachute and felt the jolt as it opened,” “I love rocks!,” etc.
The explanation to this may be even more awkward: Those tweets are conceived by a team of social media specialists who insist that Perseverance “has a personality, a drive to succeed that informs its choices” and that its “character-creation processes included deep thoughts about things like the rover’s hobbies.” These hobbies are actually listed on Perseverance’s Twitter profile: “Photography, collecting rocks, off-roading.” Duh.

The questions of whether objects have a soul and whether there is life on Mars become interestingly entangled, here...