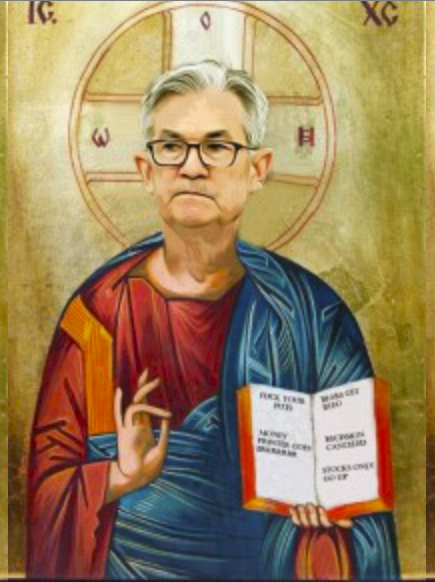 Jerome Powell, 16th chair of the Federal Reserve, the central bank of the USA, depicted here as a holy figure. The following post by user fulltimeledge which first appeared on the Reddit forum Wall Street Bets on May 21, 2020 may provide some explanation:

In Christian iconography, St. Jerome is usually depicted as a scholar or as a hermit. He is often accompanied by a lion whom he is said to have tamed somewhere in the wilderness. In Wall Street Bets lore, St. Jerome is up there with Papa Elon and—until its fall from grace—the trading app Robinhood. He even made it on a t-shirt. For 18,04 $ + VAT it can be yours.