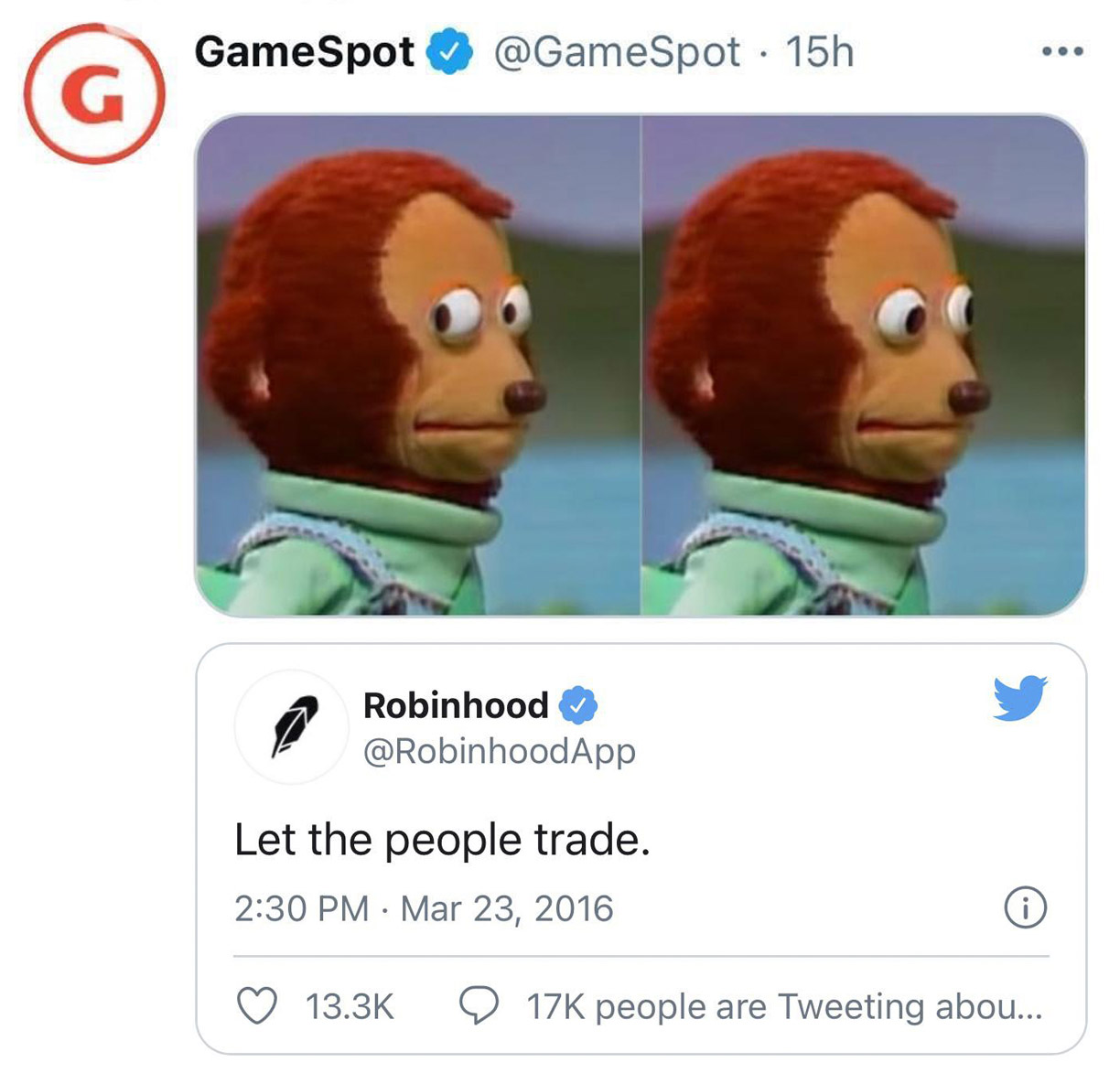 Robinhood Markets is a discount brokerage that offers commission-free trading through its website and mobile app. The company generates significant income from payments for order flow, a common although controversial practice whereby a broker receives compensation and other benefits for directing orders to different parties for trade execution. Independent analysis suggests that payments for order flow accounted for more than 40 percent of Robinhood’s overall revenue in 2018.

Their slogan “Let the People Trade” is suggestive as to their interest in democratizing finance (and thus being connected to the broader Silicon Valley-led promise of democratization through technology). However, as with all free technology products, the example of order flow payments demonstrates that Robinhood, too, is a good example for the saying: “If you don’t pay for the product, you are the product.”

Robinhood has been implied in several scandals. Among others, the company was sued for opaque business structures. Also, it was accused of gamifying investing as well as incentivizing inexperienced investors to indulge in high-risk investment behavior. Hence, the platform is moving along a paradoxical gradient of subscribing to the Efficient Market Hypothesis and its underlying assumption of the homo oeconomicus on the one hand and a user interface designed after the playbook of behavioral nudges Silicon Valley employs to keep its users interacting with and coming back to its platforms for as long and as frequently as possible on the other.